Last night, David Wyand gave a talk on Turtle VR and the technology behind it at TorontoVR.  He gave a summary of using UE4, Coherent UI, Google Blockly, Oculus DK1, and Razer Hydra in producing the code block programmable drawing application. 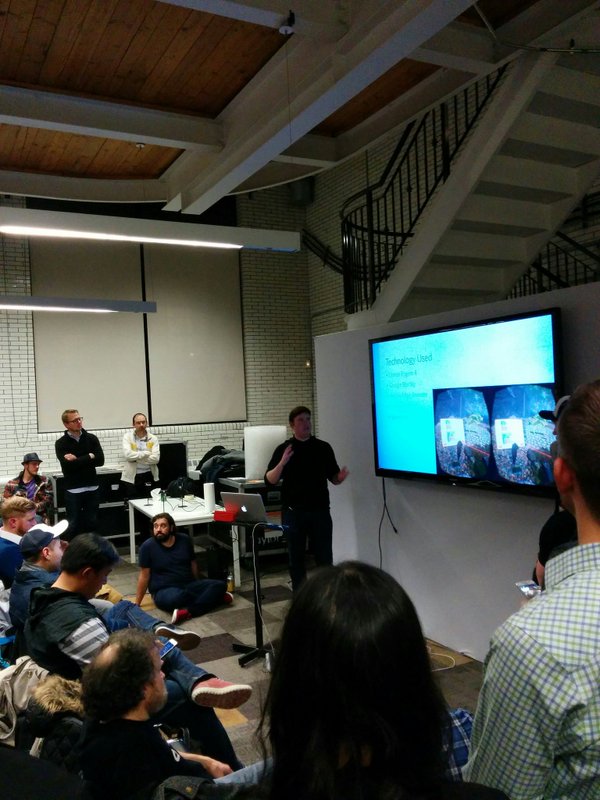 The event was packed as Oculus came by to demo their consumer Rift and Oculus Touch.  It looked like most people played Bullet Train, a demo made by Epic using UE4.

The Vive preview version of Turtle VR was also available for attendees to try out thanks to Globacore.